I Never Knew That About RISC OS!

There are a number of useful tips and tricks which can be used with RISC OS and some of its applications. Whilst many of the facilities here have worked since RISC OS 3, others have been added more recently by RISCOS Ltd to Select or RISC OS Six and by RISC OS Open to RISC OS 5. Some depend on support from individual application developers, and so may work with some window and dialogues but not others. Often, the best way to find out is just to experiment.

Holding down Shift when booting interrupts the normal boot sequence, giving access to the boot menu in RISC OS Select and allowing things to be configured. The options include the mouse type, the drive and filing system to boot from, and the display used for booting (Vpod, Viewfinder or VIDC). Once configuration is complete, normal boot can be resumed or another option can be selected: a one-off boot from other drives, entering the desktop without booting, or going to the command line without booting. 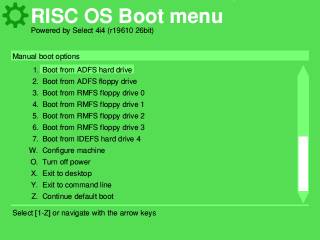 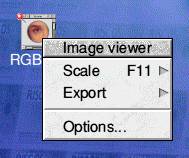